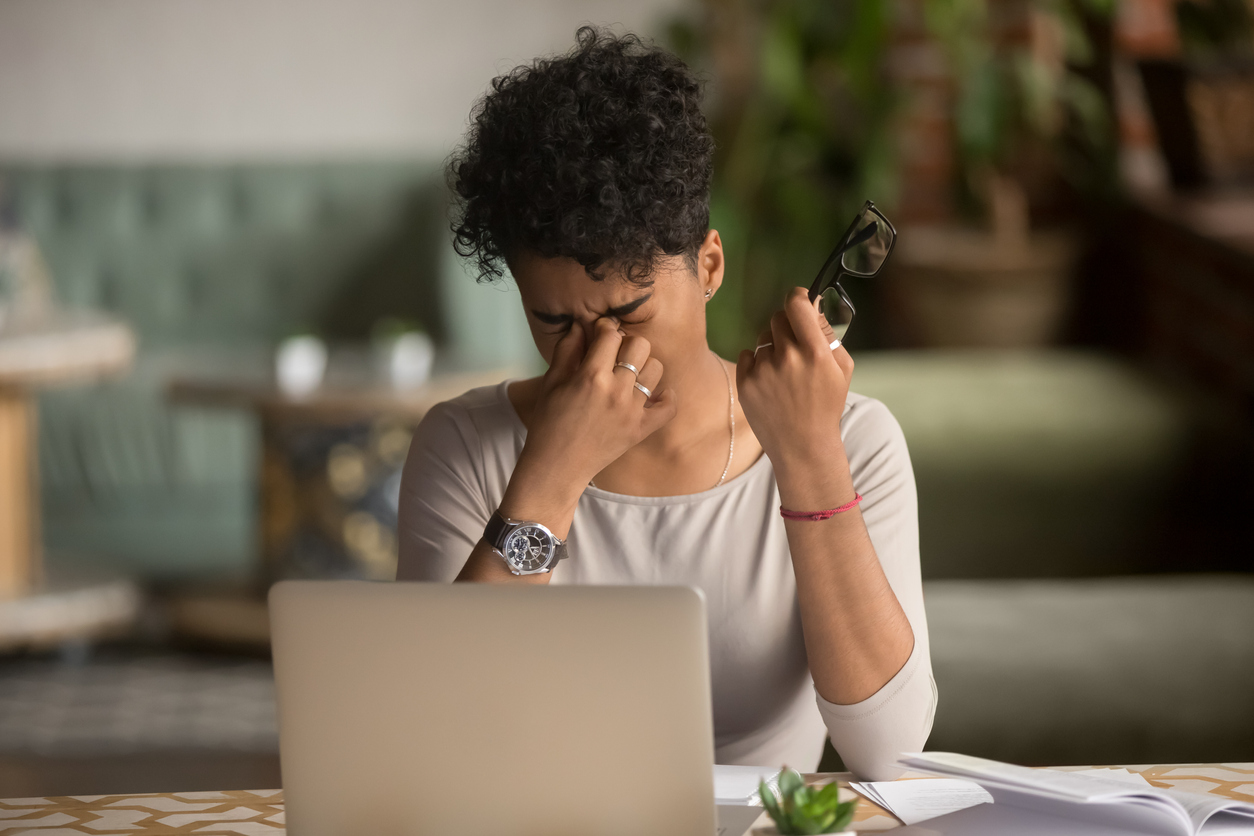 A healthy diet, exercise and getting enough sleep are sure-fire ways to give you more energy, but if you’re still exhausted 24/7 there could be other reasons why you’re not feeling like yourself.

Here are 10 sneaky causes of fatigue and what you can do to feel better, stat.

For many Americans, meat is a staple at every meal, yet one of the reasons you might feel sluggish is because you’re not eating enough protein. What’s more, 62 percent of people think they eat enough protein, yet only 17 percent know how much they actually need, the same survey found.

A recent survey by AARP and Abbott found that half of Americans 50-years-old and older say they wish they had more strength and energy to do the activities they enjoy.

Although age is a factor, the real issue is muscle mass, which declines about 8 percent every decade starting at age 40.

“As you begin to lose muscle mass, you lose strength so you have less energy to do what you used to,” said Tiffany DeWitt, a registered dietitian nutritionist for Abbott based in Columbus, Ohio.

Although the amount of protein needed varies between men and women and depends on your weight and activity level, an adult who weighs 150 pounds should aim for about 53 grams of protein every day.

“The research shows as you age [and] as you might be faced with illness and injury, that requirement can almost double,” DeWitt said.

It’s a good idea to talk to your doctor or a nutritionist about the right amount of protein you should eat, but make it a goal to have a source of protein with every meal and snack. Cardio and resistance training most days of the week can also rebuild and maintain muscle mass and keep your energy levels high.

“Ninety percent of clients I see are exhausted,” said Dr. Prudence Hall, founder of The Hall Center in Santa Monica, Calif. One of the most common culprits she cites is an underactive thyroid or hypothyroidism, and even subtle states of it can cause fatigue.

Since most doctors rely on the thyroid-stimulating hormone (TSH) blood test alone to diagnose underactive thyroid and often use an incorrect reference range, 50 percent of people are living undiagnosed, Hall said.

Symptoms alone can be enough to make a more accurate diagnosis, but your doctor should also test for free T3, free T4 and reverse free T3. The ideal ranges are:

It’s well known that obstructive sleep apnea, which affects more than 18 million Americans, can cause fatigue. Although people who have the condition usually snore loudly, some women can have sleep apnea and not even know. The frequency of their inaudible snoring is often higher that what the human ear can hear, said Dr. Avram R. Gold, medical director of the department of medicine’s sleep disorders center at Stony Brook University in Smithtown, New York.

Inaudible snoring is often overlooked and underdiagnosed but if you have certain conditions such as irritable bowel syndrome (IBS), migraines, temporomandibular joint dysfunction (TMJ), or gastroesophageal reflux disease (GERD), talk to your doctor about having a sleep study to see if you have obstructive sleep apnea.

Potassium is a mineral that helps the cells in your body function properly, make your muscles strong and prevent muscle mass loss.

To get enough potassium, it’s important to eat a variety of up to nine servings of fruit and vegetables a day, with more of an emphasis on vegetables. Good sources of potassium include bananas, berries, spinach, avocado and carrots.

Forty percent of people have chronic venous insufficiency (CVI), a condition that occurs when the valves in the leg veins don’t work properly. Since they can’t bring blood from the legs back to the heart, the blood “drips” in the wrong direction and pools in the legs, said Dr. Christopher Pittman, medical director and CEO of Vein911 in Tampa and St. Petersburg, Florida.

CVI is primarily hereditary but pregnancy and standing for long periods of time at work, for example, can increase your risk.

Symptoms of CVI can include swelling, heaviness in the legs, night cramps, restless legs, varicose veins and bulging veins. Although restless legs and leg cramps can affect sleep and make you feel tired, the sluggishness in your legs alone can deplete your energy.

An ultrasound is used to diagnose CVI and there are several non-surgical options available to treat it.

Although most people don’t get enough sleep, oversleeping or trying to “catch up” on the weekends may not actually make you feel any more rested and can even make you feel more sluggish.

Sleeping too much can also have serious side effects and is associated with an increased risk for diabetes, obesity, heart disease and death. In fact, people who oversleep have a 44 percent increased risk of death over a 6-year period, according to a study in the journal PLOS Medicine.

The National Sleep Foundation recommends between 7 and 9 hours of sleep for people between ages 26 and 64, and between 7 and 8 hours for those 65 and older.

7. You’re a vegetarian or vegan

Vitamin B12 is a key nutrient that maintains metabolism and energy throughout the day, and is found in beef, chicken and turkey. If you’re a vegetarian or a vegan, you might not be getting enough, which is why you may feel tired and can develop anemia.

In addition to fruits and vegetables, make sure you get your fill of vitamin B12 with lentils, beans and fortified cereals.

If you’re not drinking enough water, you’re bound to feel sluggish. Even mild dehydration can affect your energy level, mood and ability to think clearly, two studies out of the University of Connecticut’s Human Performance Laboratory found.

To stay hydrated, carry a refillable water bottle with you everywhere you go and drink up all day, even when you’re not thirsty.